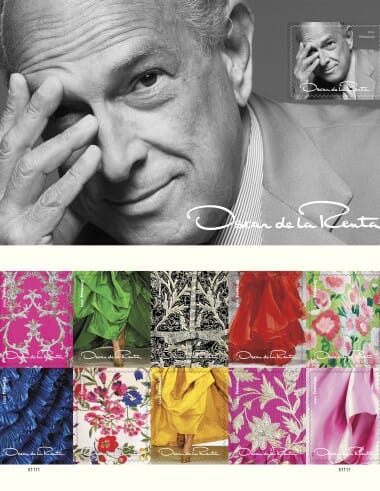 Oscar de la Renta is part of the U.S. Postal Service’s lineup of several series of stamps for 2017.  Mary-Anne Penner, director for stamp services at the U.S. Postal Service, said, “The new year is shaping up to be exceptional as the Postal Service continues to produce stamps that celebrate the people, events and cultural milestones that are unique to the history of our great nation.” She described the new stamps as part of a showcase of “miniature works of art to help continue telling America’s story.”

For the postal series, the pane of 11 stamps features a black-and-white portrait of the designer which was photographed by Inez van Lamsweerde and Vinoodh Matadin as well as 10 details from several of his famous gowns. Art director Derry Noyes designed the stamps, the U.S. Postal Service said.

One of the world’s leading fashion designers for more than 50 years,  De la Renta dressed many of America’s First Ladies and Hollywood celebrities.

De la Renta, who was born on July 22, 1931 in Santo Domingo in the Dominican Republic, passed away at the age of 82 after a long battle with cancer. He was known for his ability to make women look beautiful no doubt stemming from his early days at Elizabeth Arden in the Sixties through the last three decades of the 20th Century and well into the second decade of the 21st. Romantic, glamorous styles were his signature: tastefully extravagant, with Parisian influence and an undercurrent of Latin pizazz. (Excerpted from Women’s Wear Daily)

At the time of his passing, Donatella Versace in her tribute called him “American fashion royalty.”

3 St. Ives Products You Must Try to Obtain Healthier Skin 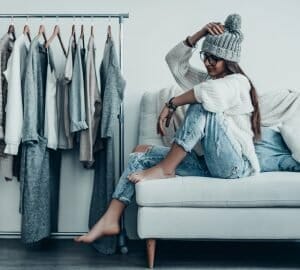 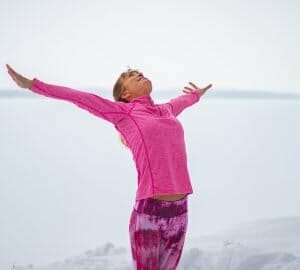 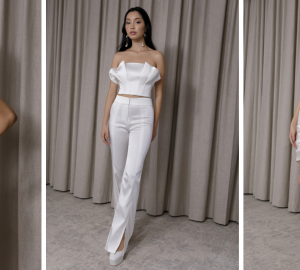