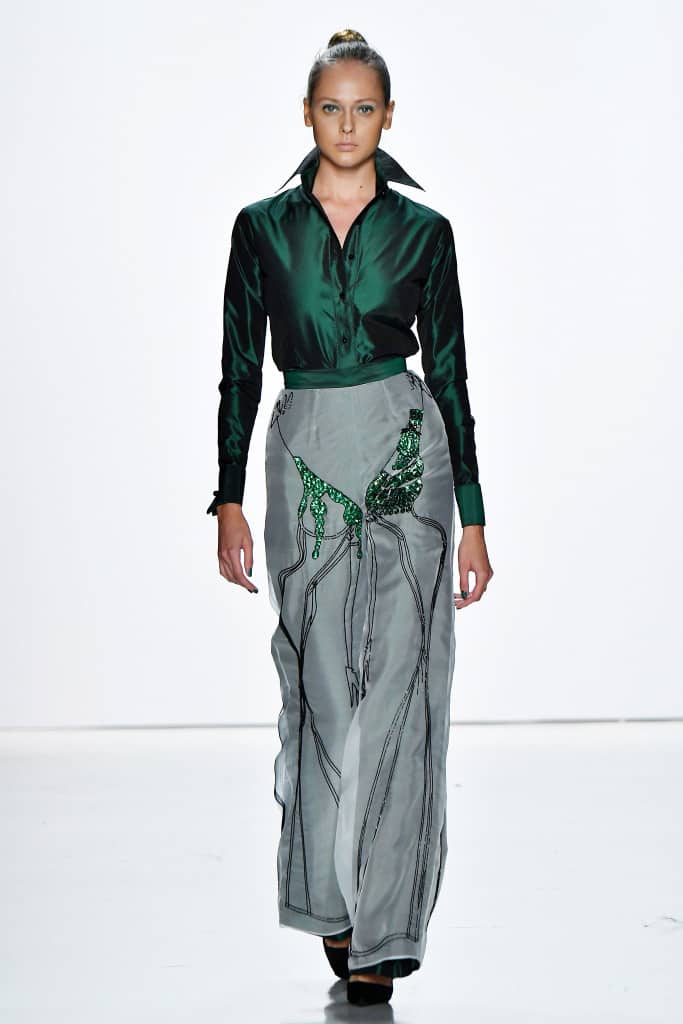 Sometimes one mustn’t wait to get inspired – one must go to the inspiration.  After visiting Lake Garda (Lago di Gardo), in northeastern Italy, designer Datuk Zang Toi became so enamored with the lake’s beautiful colors that he created his S/S 2018 collection based on the beauty that he experienced while visiting that Italian lake.  Toi also found the lake as a place of rejuvenation where different ideas and concepts could be brought to life.

Vibrant emerald green and robin’s egg blue abound as each design reflects the beauty of the color scheme found in Lake Garda.  White and black were also prevalent in the collection.  The show began with a floor-length, emerald green, chiffon jacket with beautiful Chantilly lace embroidery as an added embellishment to its stunning color.  It was accented by a matching choker as was each design in the collection.  Tunics, pantsuits, silk blouses, dresses, handkerchief skirts, pants and blouses followed, each design building on the beauty of the previous one.  The handkerchief skirts featured sketches by Toi which were exquisite.  Two caftans were floor length; ideal for an afternoon in the Hamptons or Palm Beach.  Horizontal stripes made an appearance as a sweater set in several designs in both emerald green and robin’s egg blue.  The grand finale featured intricate sequins and beading on pants, a ball gown, and a large oversized coat.  The sequins and beading were in the shapes of Toi’s sketches.

This collection showed a glimpse into the heart and soul of the designer.  It demonstrated Toi’s passion for nature and its beauty.  He derived the most beautiful aspects of his experience at Lake Garda and showed them beautifully in this collection.

After a five-year search, Zang Tpi finally found the perfect location to open his first boutique which is in New York City.  Although his showroom and office are quite large, he wanted a boutique so that his upscale clients could peruse his designs in luxury.

Located on Lexington Avenue, the store opened the afternoon of Wednesday, September 13th, just after Zang Toi’s collection showed at New York Fashion Week.  The insignia “Zang Toi” greeted clients as they entered the exquisitely designed boutique.  A number of prominent guests streamed into the new boutique to give their well-wishes to the Malaysian-born designer.

How to Use Beauty Blenders for Flawless Makeup 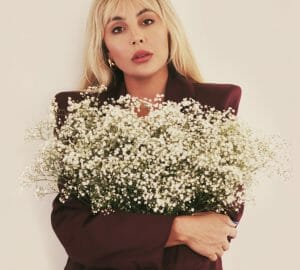 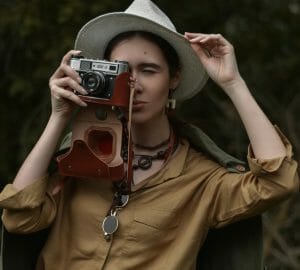 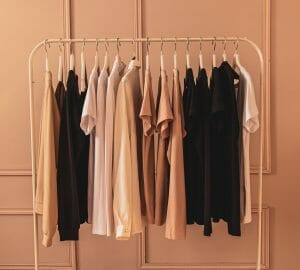