The Style Bouquet
Desire to InspireEtiquetteLifestyleWeddings 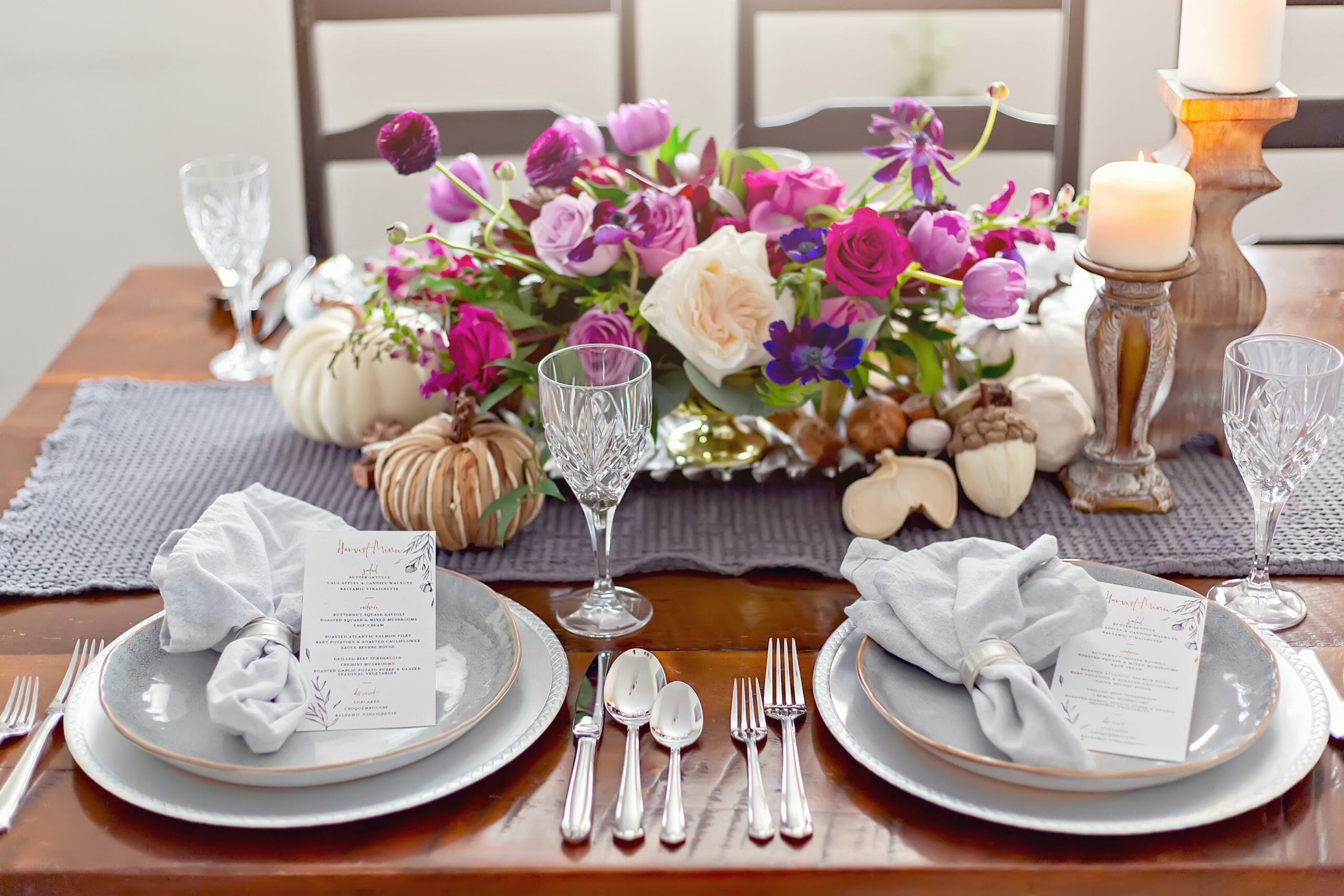 With holidays and special occasions, you may be find yourself in front of a formal place setting complete with utensils that you may not know how or when to use.  Don’t be intimidated.  It’s actually quite easy to maneuver this place setting and look like an etiquette pro!

The placement of utensils is guided by the menu, the idea being that you use utensils in an “outside in” order.  This means that you start with the utensils farthest from the center plate and work you way inward.  Here’s an example of a formal place setting. 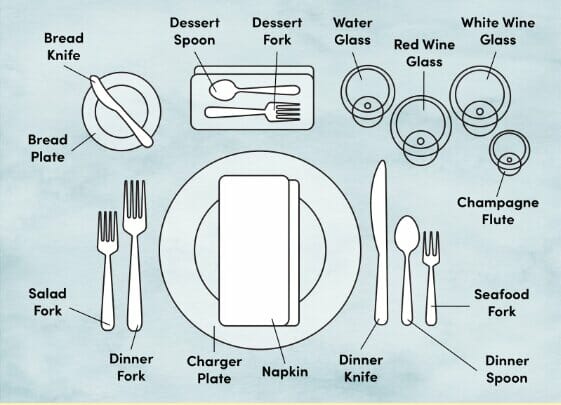 Service Plate: This large plate, also called a charger, serves as an underplate for the plate holding the first course, which will be brought to the table. When the first course is cleared, the service plate remains in place for any other courses, such as a soup course, until the plate holding the entrée is served, at which point the two plates are exchanged. The charger may serve as the underplate for several courses which precede the entrée.

Butter Plate: The small butter plate is placed above the forks at the left of the place setting.

Dinner Fork: The largest of the forks, also called the place fork, is placed on the left of the plate. Other smaller forks for other courses are arranged to the left or right of the dinner fork, according to when they will be used.

Salad Fork: If the salad is served after the entrée, the small salad fork is placed to the right of the dinner fork, next to the plate. If the salad is to be served first, and fish second, then the forks would be arranged (left to right): salad fork, fish fork, dinner fork.

Dinner Knife: The large dinner knife is placed to the right of the dinner plate.

Salad Knife: If used, according to the above menu, it would be placed to the left of the dinner knife, next to the dinner plate. If the salad is to be served first, and fish second, then the knives would be arranged (left to right): dinner knife, fish knife, salad knife.

Soup Spoon or Fruit Spoon: If soup or fruit is served as a first course, then the accompanying spoon goes to the right of the knives.

Butter Knife: The small spreader is paced diagonally on top of the butter plate, handle on the right and blade down.

Glasses: These are placed on the right, above the knives and spoons. They can number up to five and are placed in the order they will be used. When there are more than three glasses, they can be arranged with smaller glasses in front. The water goblet is placed directly above the knives. Just to the right are placed a red or white wine glass. A sherry glass or champagne flute, to accompany a first course or for an opening toast, go to the right of the wine glasses. Glasses used for a particular course are removed at the end of the course.

Napkin: The napkin is placed on top of the charger (if one is used) or in the space for the plate. It can also go to the left of the forks, or under the forks if space is tight.

Everything on your table should be crisp and sparkling. White linens are still considered the most formal, but those with colors and patterns are also acceptable.  Other possible elements of the table include candles, a centerpiece or multiple flower arrangements, and place cards.

The most formal table is strictly symmetrical.  The centerpiece should be located in the exact center of the table, an even number of candlesticks should occupy the table, place settings should be spaced evenly around the table, and silverware should line up at the same distance from the edge of the table. 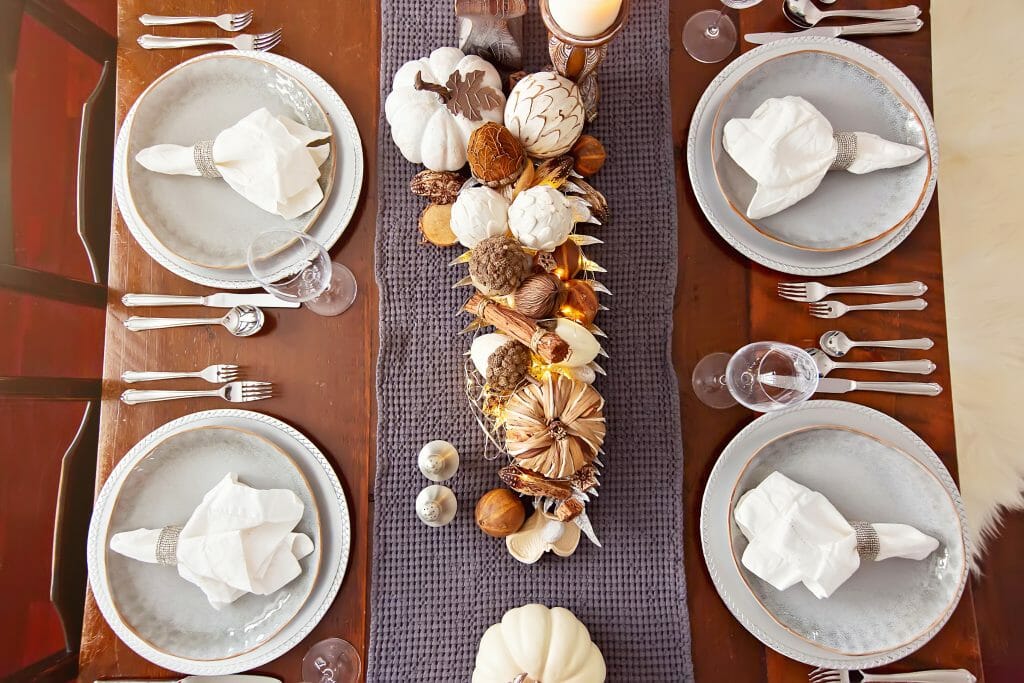 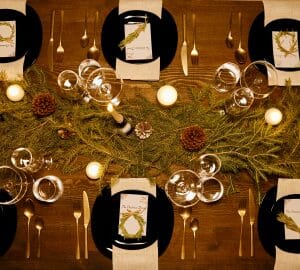 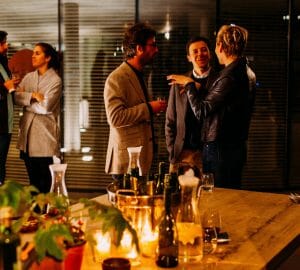 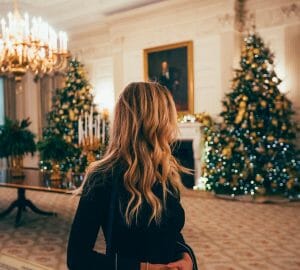