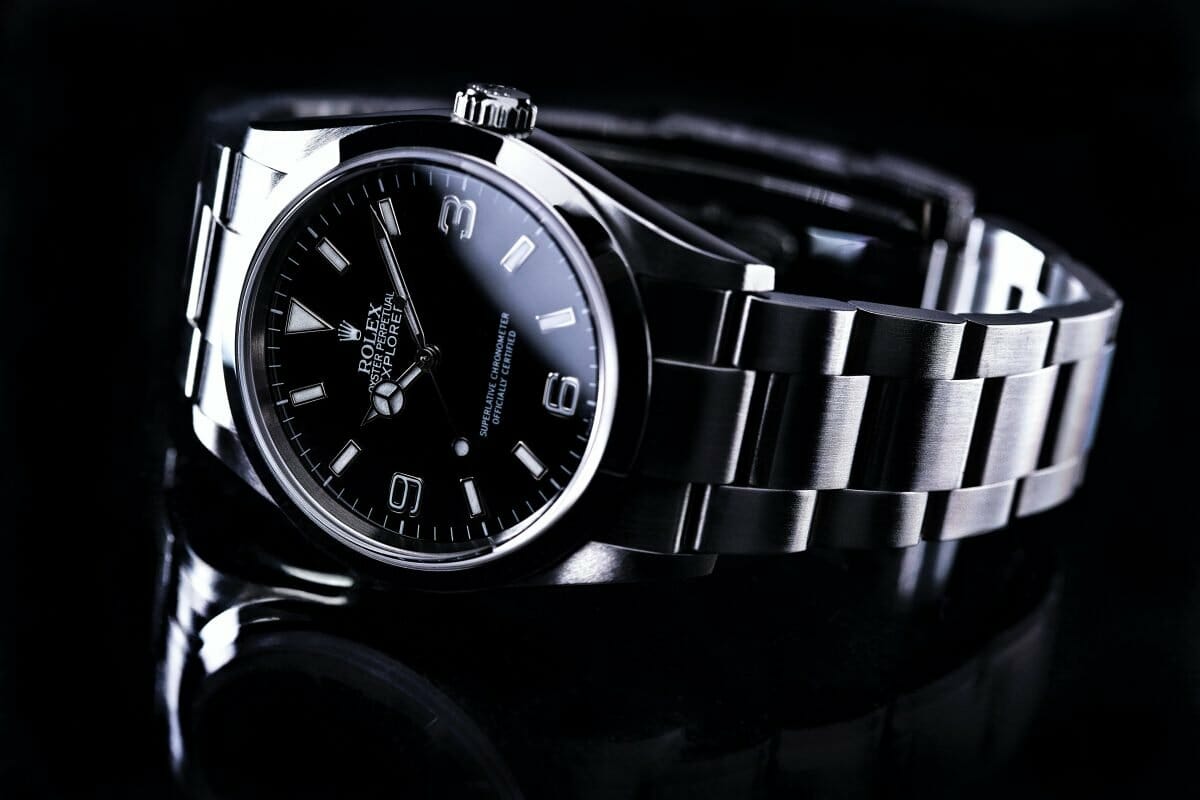 Rolex places second on the list of the most in-demand watch brands in the U.S. 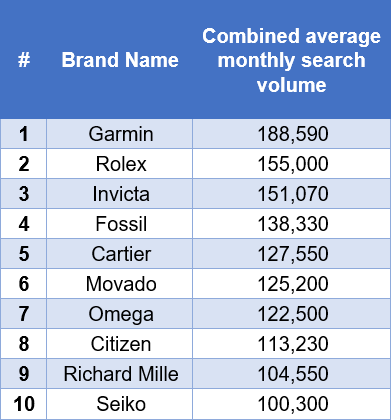 A new study has revealed the most popular watch brands in America, with Garmin taking the crown.

Luxury watch experts Chrono24 analyzed the number of Google searches for watch brands to determine which ones are the most sought after across the country. The search volume for brand names under the matching terms for ‘watches’, ‘watch’, ‘mens watch’ and ‘womens watch’ were added together to discover the combined average monthly searches.

Garmin takes the top spot on the list for the most popular watch brand in America with a staggering total of 188,590 searches per month on average. Since being founded way back in 1989 here in the US, Garmin creates watches for those who love to embrace outdoor activities, from cycling to diving.

Rolex earns a silver medal with an average of 155,000 searches per month. The famous watch brand has been around since 1905 when it was founded in London and has been spotted on many celebrities including Daniel Craig, who owns a vintage Daytona.

Taking the last spot on the podium is Invicta with a total of 151,070 searches each month on average. The brand has been creating watches since 1837 and is known for the affordable prices.

In fourth place is Fossil with a total average of 138,330 searches on Google each month. On a global scale, the brand has witnessed a search volume of 264,000 per month.

Luxury brand Cartier has landed the fifth spot on the list receiving an average total of 127,550 searches per month. The term ‘cartier watch mens’ earns an average of 15,000 searches a month compared to 3,300 for ‘cartier womens watch’. Cartier was founded in 1847 and began selling the high-quality watches in 1904.

In sixth place is Movado which earned a total of 125,200 average monthly searches. The brand’s timepieces are in collections of museums across the globe, including the New York’s Museum of Modern Art.

Omega places seventh in the list with an average total of 122,500 searches every month. Not only has the Swiss watch brand served as the official timekeeper of the Olympics since 1932, but an Omega watch was worn by Ralph Plaisted when he became the first man to reach the North Pole.

Taking the eighth spot is Citizen with an average total search volume of 113,230 each month. The Japanese brand was founded just over a century ago and is well known for the accuracy of its timepieces, including the Crystal Mega which was released in 1975.

Richard Mille follows in ninth place, gaining an average total of 104,550 searches per month. Despite being the youngest luxury watch brand in the market today, the brand has produced more than 80 models in its lifetime.

Last, but not least, is Seiko, another Japanese watch brand to make the top 10, receiving a total of 100,300 average monthly searches. The brand is popular for its high-quality time pieces, particularly its collection of dive watches. 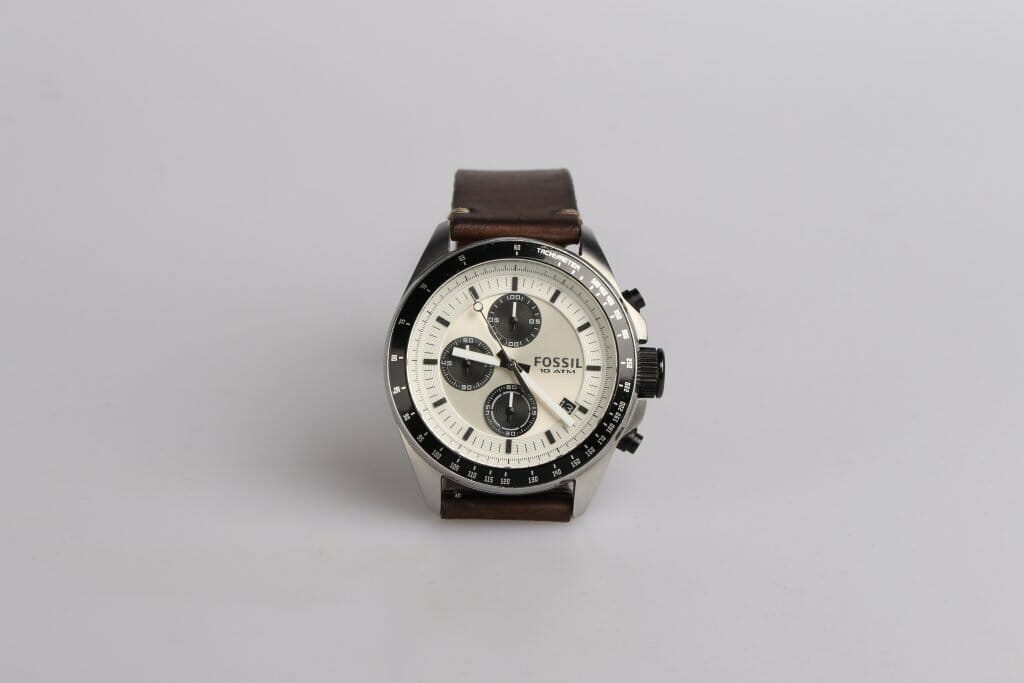 A representative from Chrono24 commented on the study: “It’s exciting to see the variety in the watchmaking industry at the moment, from affordable brands like Invicta to luxury brands such as Cartier. While luxury watchmakers like Rolex who have been around for over a century are popular, it’s interesting to see more recent brands like Richard Mille make the list. The global watch market is predicted to present a 5.84% compound annual growth rate from last year up until 2027, so we are keen to see what the future holds for many more watch brands and their popularity.”

The study was conducted by Chrono24, the leading marketplace for luxury watches since 2003, providing easy, safe, and reliable market access to all watch enthusiasts around the world.

Experts Reveal How to Look Well-Rested with Little Sleep

New study reveals the states most obsessed with fashion 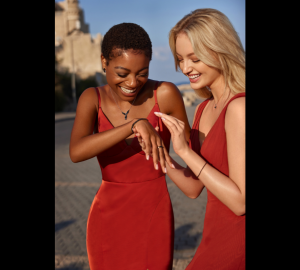 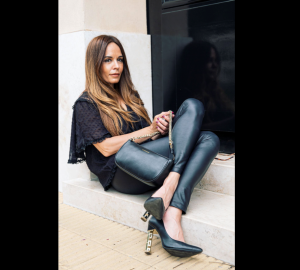