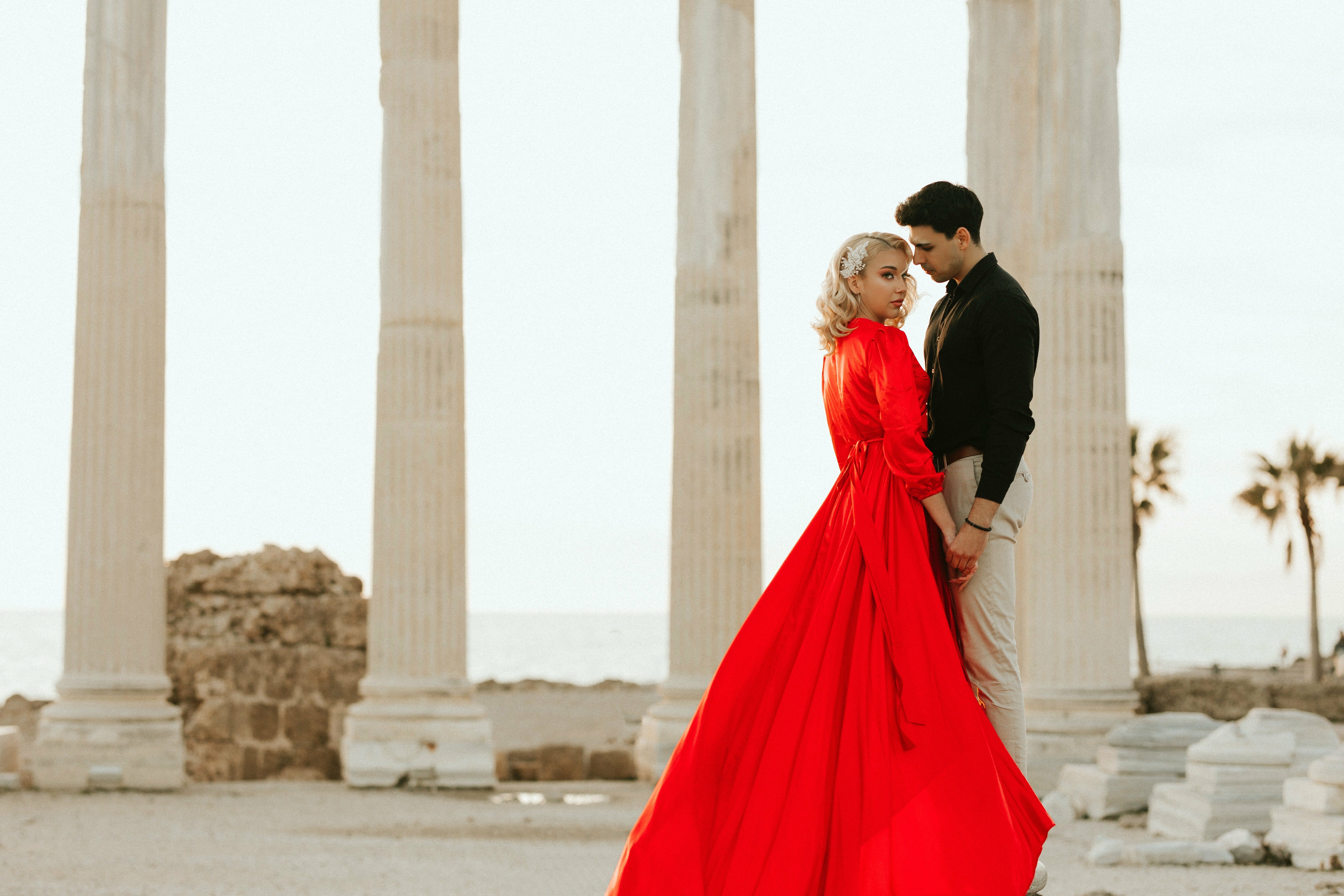 Red wedding dresses and suits are steeped in ancient and modern history.  Who could turn down those cascading folds of crimson silk, vermillion velvet hugging every curve, the sharp line of a ruby-hued lapel, a hint of cherry-colored lace, or a garnet glove or veil.  They inspire us with feelings of excitement, individuality, passion, and bold romance.

Although they are not traditional or common in the United States, red dresses have been worn for centuries in other cultures and countries. In fact, they’re still popular in countries like India, China, Sudan, and Taiwan.

If you’re thinking about wearing a red wedding dress to your wedding, here are a few of the most enduring beliefs and stories surrounding the Red Wedding Dress.  These beliefs range from ancient times to modern ceremonies. 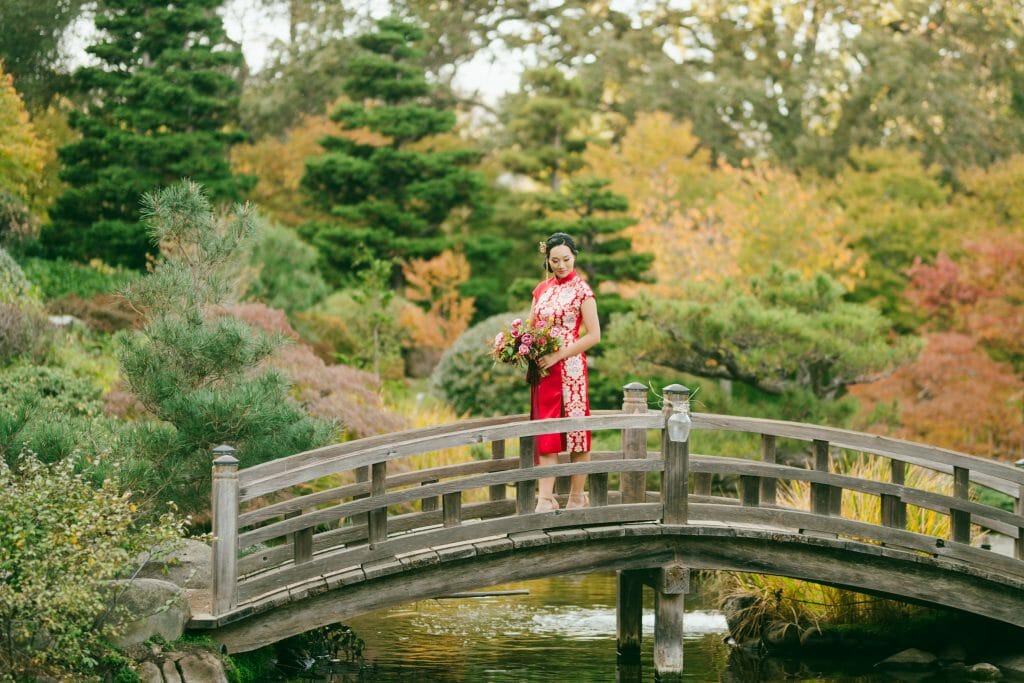 Chinese brides have worn the color red to the wedding ceremony for centuries to bring them luck in marriage, and to bless their union with happiness, good health, love, and abundant energy. 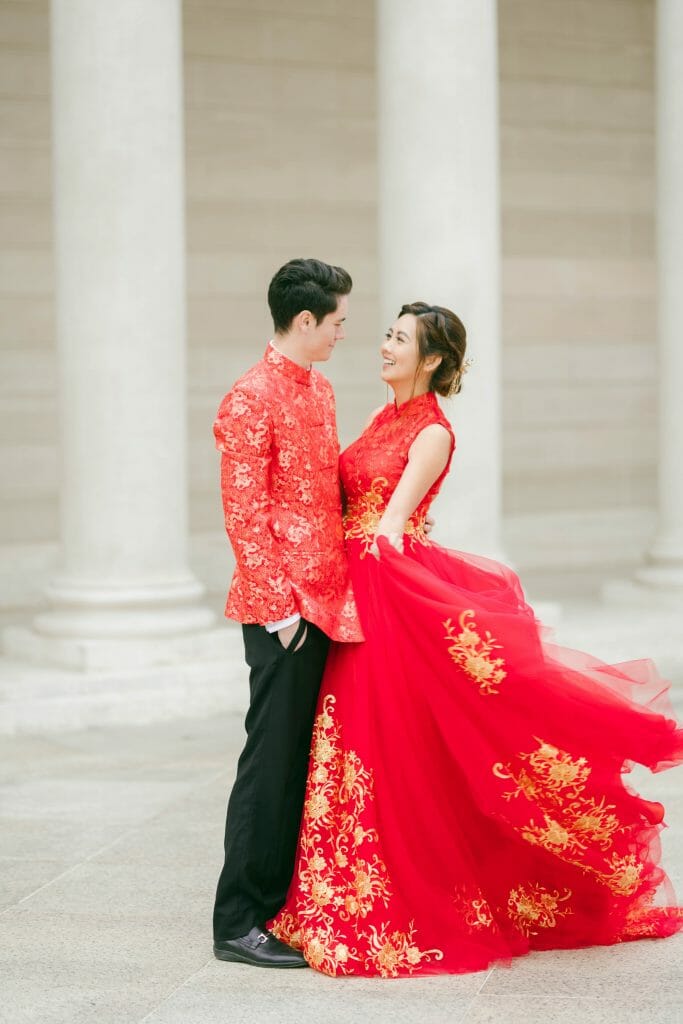 It’s believed that Viking brides and grooms wore red on the wedding day as a sign of wealth because red clothing dye had to be bought or bartered. Nonetheless, it didn’t come cheap.  Therefore, making a bright red cloak, dress, or tunic is a symbol of success in trade and in battle. 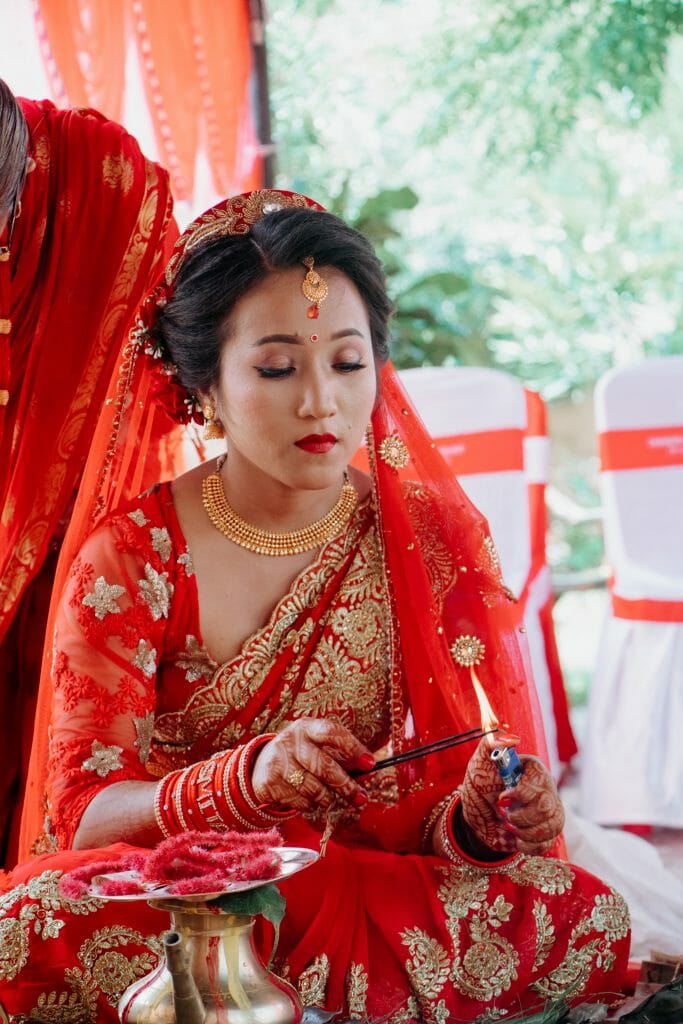 Hindu brides wear red as a symbol of passion and success, and to honor the Hindu Goddess Durga. Goddess Durga represents the divine shakti who is an ancient cosmic feminine energy that protects against evil and fights against destruction. She’s usually shown wearing a flowing red sari.  By honoring Durga in a red lehenga, modern Indian brides welcome integrity, loyalty, forgiveness, strength, courage, and happiness into their marriage. 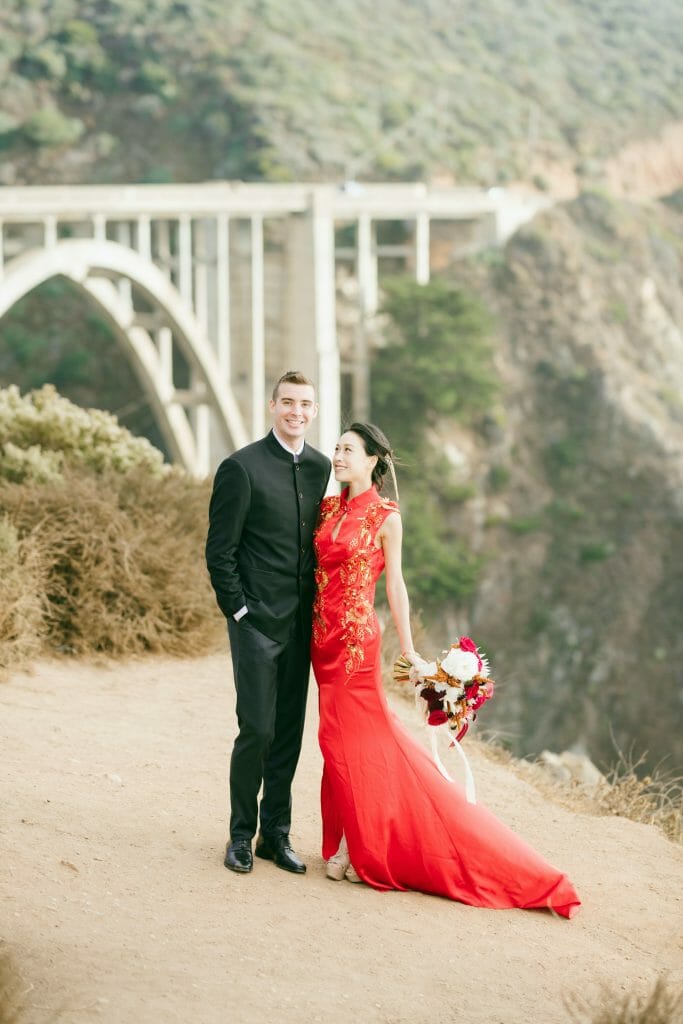 One of the earliest stories of a red wedding dress is an ancient Chinese myth, which tells the tale of Panhu (a part dragon, part dog warrior) and his princess bride.  The emperor at the time places a bounty on his most fierce enemy, offering his daughter’s hand in marriage as a reward. Panhu, the brave warrior, rises to the challenge, delivers the enemy’s head on the emperor’s doorstep, and claims his bride.

The day of the wedding, the emperor dresses the princess in a bright red dress made of phoenix feathers to bless the couple with luck and happiness, and the two live happily ever after.  Despite being thousands of years old, it’s believed that this story is one of the reasons Chinese brides still wear red! 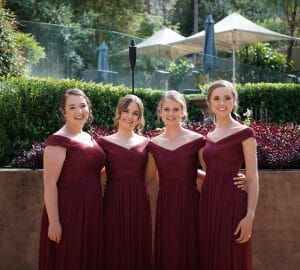 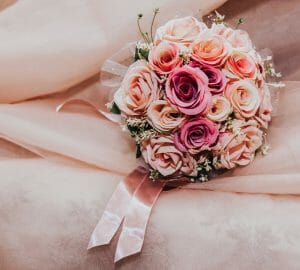 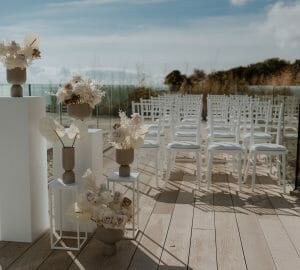